Abby Rodman on How You Write a Self-Help Book, Marriage, E-publishing and More… Memoirs and Memories: An Interview with Author Patricia Mitchell

Stephen Dobyns of Westerly is the author of the 2012 horror novel, The Burn Palace, and 22 other novels, along with a dozen poetry collections. The recipient of numerous awards, including three NEA fellowships, he teaches writing in the writing program at Warren Wilson College and has taught at the University of Iowa and Sarah Lawrence College. He will appear Sunday, Sept. 22, at 6 p.m. at the Authors on Main program, Contemporary Theater, 327 Main St., Wakefield, R.I. He answered our questions via email.

Could you discuss the process of imagining a fictional place that is nestled among real communities? What did you most enjoy about that process?

I’ve lived in a number of small towns and I’ve lived in a number of cities. Your question is really about the nature of the imagination. If I want to write about a fictional community, I simply see it. At first I see its basic grouping and then I imagine the sorts of houses and buildings and businesses within it. In The Burn Palace, I wanted a place on the Rhode Island coast along Route One and so I inserted a wedge of land between Charlestown and Matunuck. On the waterside of Route One are a string of small towns with large summer communities. On the other side are woods, parks, swamps, small lakes and a much smaller population. I liked that split, that division; and for the purposes of my novel, I exaggerated it.

Your book is written from the point of view of an omniscient narrator, which gives the reader a sweeping view of the community, the action, and the characters. Could you discuss that decision?

When I was younger, I read about twenty novels by Anthony Trollope and he often speaks to the reader to explain his characters or places. For instance, he might say, “We must not judge Mr. Smith too harshly.” Many 19th- and 18th-century novels will do this. Modern writers like Milan Kundera and Jose Saramago have done the same, though they will push it much further without jeopardizing credibility. The writer’s job is to present a variety of information in a variety of ways. An intrusive omniscient narrator, who seems to be the author, but isn’t, is just another way to do this. It can create a sense of intimacy and it can expand a range of tone.

The Burn Palace was called a “genre buster” by Publishers Weekly. Do you think that contemporary publishers—and reviewers—are too hung up on categories? Do readers care?

Categories are a marketing device; they enable books to be pigeonholed in ways that makes the reader think he or she knows what he or she is getting. Once you have apparent categories, then you have apparent rules—the book must do this, it must do that—but all of this is bogus. Many people see reading mystery novels as a sport in which the point is to see how quickly one can identify the culprit. I’m mostly interested in character and in how dramatic situations can affect character. That dramatic situation may be a murder that affects a community in the way a thrown stone can affect of pond. But I expect many readers like categories. They simplify their choices.

What do you think of the advent of the e-book? Do you have an e-reader? Do you think predictions of the death of the print book are exaggerated?

I don’t have an e-reader, nor have I used one. I like the book as an object, something to hold, but I expect this is only sentimentalism. Print books, I think, will mostly disappear except for special editions of popular books and fine printing done by small presses.

What advice would you give a writer starting out today?

Reconsider your options and don’t tie your future to a dinosaur.

What writers do you especially enjoy?

I read a lot of poetry, a lot of novels and a lot of history, and I read some essays. Mostly I read novels in translation, though I like Cormac McCarthy, Alice Munro and William Trevor. And I’ll read mysteries, say, by Donna Leon and Henning Mankell. I’ll reread 20th- and 19th-century Russian novels. A good novel teaches me about the world and teaches me about how people move within that world, and I like that. It doesn’t matter whether the novel is a “serious” novel or a “genre” novel as long as the “genre” novel investigates character.

Could you discuss your writing habits and work space?

If I’m working on a novel, I try to work everyday. I might work two hours or I might write ten. I have a study where I mostly write, but I can easily take my laptop to any room in the house. Poems don’t come as easily.

What books did you read as a youngster? What would you describe as your literary influences?

I suppose I’ve been influenced by many writers, though no one stands out. Models are Chekhov, Dostoevsky and Tolstoy, but they only show me what is possible and not how to do it. As a kid I read the usual books—the Hardy Boys and Tarzan. I discovered Steinbeck in 7th grade when I took his novel The Moon Is Down from the library, thinking it was science fiction. So then I read most of Steinbeck, Hemingway and other 20th-century authors, as well as science fiction. I expect my favorite science fiction writer was Phillip K. Dick, who, to my mind, was the most imaginative. 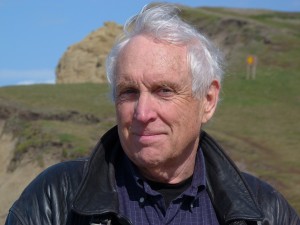 One Response to Stephen Dobyns lets his imagination fly