Who is Lisa Tener? 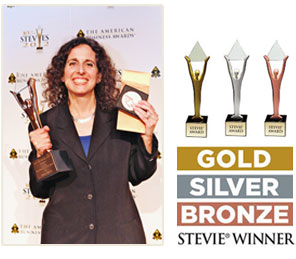 Lisa Tener is an award-winning book coach, publishing authority, blogger, author and presenter. She assists writers in all aspects of the writing process—from finding their creative voice to getting started, prioritizing projects, editing and developing a strategy for creative success. And of course, she helps writers and creatives “get unstuck” and learn to write “in the zone.”

Since 1994, she has taught writing and creativity workshops in New England and the Caribbean. She serves on the faculty of two of Harvard Medical School’s CME courses, teaching writing workshops and an advanced workshop on how to write a successful book proposal. Her “Bring Your Book to Life® Program” won The Silver Stevie Award for Best New Service of the Year- Media   (from the American Business Awards).

Lisa is a sought after speaker and regularly presents at US and international conferences, including the Ocean State Writer’s Conference, the Association of Image Consultants International (AICI) conference, library conferences and events for entrepreneurs and women. She has served as a panelist for the International Women’s Writing Guild’s Meet the Authors Conference and the Festival of Rhode Island Authors.

Lisa earned her Bachelor’s degree from MIT, where she studied writing with the late Frank Conroy (the year before he became Director of the famed Iowa Writer’s Workshop), Broadway playwright A.R. Gurney, Jr., and award-winning poets Jean Valentine and Gjertrud Schnackenberg. She earned her Master’s degree from MIT’s Sloan School of Management with a concentration in marketing.

Lisa is co-author, with Peaco Todd and Jane Middelton-Moz, of The Ultimate Guide to Transforming Anger: Dynamic Tools for Healthy Relationships (Health Communications, 2005). Inspired by her studies in alternative and complementary healing modalities, she originated the concept of “anger-obics,” and developed the majority of the exercises that appear in the book. She has appeared on ABC World News, PBS TV, local Boston news, Chronicle and been quoted in the New York Times, Glamour, USA Weekend, The Boston Globe, Providence Journal and so much more.

She is a frequent podcast guests where she speaks on creativity, writing and publishing. Lisa writes for Thrive Global, The Business Journals and has guest blogged for Live Write Thrive, Positive Writer, Writers Digest and other websites. She is a member of The Author’s Guild and the International Women’s Writing Guild.

If you would like to work with Lisa Tener, please use the contact form provided on this site.