Funny Business: How to Write Humor for Business Audiences Tips for Self-Publishing: An Interview with Marla O’Brien

A Novel Approach to Writing Fiction 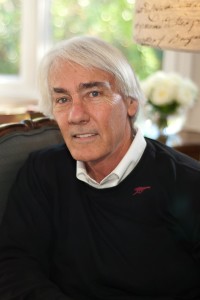 Apart from grammar, there are few steadfast rules for writing books. Some of the most revered works tell the ending on page one, use unconventional structures such as three line paragraphs or one paragraph chapters, or employ run-on sentences that describe the age of the varnish applied to the wood that forms the base of the bar of the saloon that is on a nameless street where someone who will never be heard from again goes for a drink on a day when nothing much happened. The variety of structure and detail is almost infinite. Nevertheless, they and all good books depend on at least two conventions: story and storytelling.

I read a novel recently, (name not important, if for no other reason than I do not wish to be called out for a duel at sunrise), that was reasonably well-received in the lists. It was set in one of the many infamous little European wars that were prequels to the Second World War. It involved a couple of sympathetic families in a market town that was about to be bombed into history, an artist who would rally to raise money to bring world attention to the infamy, and a small group of evil military figures who were planning how best to go about achieving total destruction of the place as a laboratory experiment to test their idea for a new kind of air warfare. As I read the book I began to wonder why I didn’t like it. It was a subject that interested me. The characters had great potential — reckless youths, a left-wing priest, a good-looking girl, a farmer who was wiser than most. But something was missing. What was it? In the end I concluded that while there some storytelling, I didn’t find the story. How did that happen?

Among the devices and conventions that make for good story telling is the concept of the story arc. Story arc consists of an engaging beginning to draw the reader in, describing the catastrophe [conflict] that makes it a story, and then composing the elements that resolve the catastrophe in a way that makes the reader a part of the tale. If successful, you will have filled your readers with imagery and beliefs that evoke their own experiences, fears, and memories, and vests in them the need to know how it comes out. This is the essence of all writing, be it literature, science fiction, journalism, essays, or poetry.

But, take heed – the poison often comes in the storytelling. Good storytelling is the presentation of characters and scenes that make the reader sense that he knows them, or wants to. Bad storytelling is burying the story in our own clever writing. Elmore Leonard wrote ten rules of fiction that concluded with the most important: “Try to leave out the parts that readers tend to skip.

Why are we talking about such fundamental ideas? Because all of us tend to drink our own poison, to fall in love with our own way with words and with our granular research into details of time or place that when we put them on the page bury the story we set out to write. We must do more than offer up a theme or subject that appeals to a particular audience. There are so many books vying for attention that if the story teller sits down to write a murder mystery there better be a murder by page twenty. If romance is your genre, you better put some pain in someone’s heart in the first chapter. Above all, only we know the story we set out to tell, so we must not let the reader lose sight of the building blocks of the story.

The novel I refer to above met the first genre requirement for a historical novel but fell short on the conventions and devices needed to make it compelling. When I re-read the book to see if I was being fair, I realized that the descriptions of characters and scenes were more like news reports. Senor X plowed his field. Senora Y offered cheese to shoppers at the market. Bossefina swatted her tail at flies. The characters existed, but were not alive. For example, when a young man went to a nearby beach town to look for girls, the words on the pages seemed to me like subtitles on a silent movie screen. I longed for images of freshly-turned fertile fields, of nips of manchego that teased the marketplace, the cloak of a late afternoon sun that made the very flies rise from the moist willows and settle again into the thick clutch of bristles of the tail of a very sleepy dairy cow. I wanted the flickering of a votive candle dripping with blood from the hand that had just been blown off when the bomb hit the church. More than anything, I wanted to know whose story it was.

In Gone with the Wind, Margaret Mitchell’s story was not Scarlett chasing Ashley or Rhett, or even prosperity; it was Scarlett chasing something that was long gone, the Old South as a modern feudal state. For Tolkien, Frodo’s story was not finding Mordor so that he could throw the ring into the fire, but finding Frodo. I wanted to know who among the book’s bomb victims learned anything from being bombed, or if I did. I fear the story got lost under the details.

So, how do you keep the hemlock out of your word processor? Here are a few personal suggestions:
1. Write your story in three sentences. (“Gandalph shows up with a ring to be taken to Mordor. Frodo takes it through many adventures and tosses the ring into the fire. Frodo comes home a changed hobbit, one who no longer takes peace and elevenses for granted.”)
2. Put the three sentences up in front of your monitor.
3. Every day, when you edit what you finished yesterday and think about what you’re about to write today, take a deep breath and ask yourself candidly whether the words do indeed add to the story or if they’re just the parts that nobody reads. If so, skip them and write more of the story that you set out to write and do some storytelling with your characters and your conflicts.
4. Remember: do not overwrite by typing in all the nuggets you dug up in research. Every time you want to add in the weight of the hinges of the castle drawbridge or the details of the scientific dispute whether Uranus is a planet or a rock, skip it and go back to writing about the treachery inside the castle or the speed at which the spaceship flies right by Uranus and congratulate yourself for not breathing your own exhaust fumes. 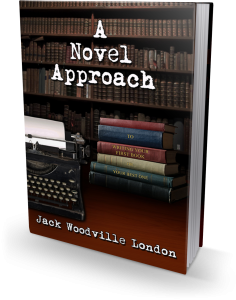 Jack Woodville London is the author of A Novel Approach (To Writing Your First Book) and the award-winning books, French Letters: Virginia’s Wars and French Letters: Engaged in War. He has published some 30 literary articles and more than 50 book reviews. Prior to his career in fiction writing, London was a courtroom lawyer and spent over 40 years writing technical legal articles. While in law school, he served as editor of the University of Texas International Law Journal. London grew up in small-town Texas before earning degrees at the University of Texas and West Texas State University. He has also studied creative writing at Oxford University and earned certificates at the Fiction Academy, St. Céré, France and Ecole Francaise, Trois Ponts, France. London lives in Austin, Texas, with his wife, Alice, and Junebug the writing cat. For more information, please visit www.jwlbooks.com.

One Response to A Novel Approach to Writing Fiction