A Celebrated Author on her Way to Trinidad: An Interview with Padma Venkatraman Intimately Connect with Your Readers through Authentic Storytelling

Writing in the morning, without caffeine: An interview with Brunonia Barry 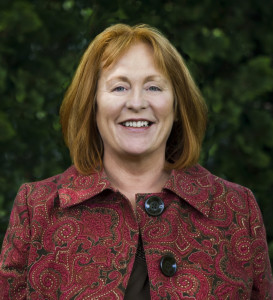 Brunonia Barry will appear at Authors on Main on June 22.

Brunonia Barry, the New York Times Best-Selling Author of The Lace Reader and The Map of True Places, will be the kickoff speaker at Authors on Main on Sunday, June 22, at Contemporary Theater, 327 Main St., Wakefield. She answered questions by Betty J. Cotter via email.

Place figures prominently in your work. Would you say your novels are in any way setting-driven? And what other literary works with a sense of place influenced you?

I consider place as a main character in each of my novels. It helps that I live in Salem, MA, and that I write about Boston’s North Shore. I never stray too far from the places I know best. It also helps that history casts such a long shadow in Salem. I think history creates character.

As far as other books where sense of place influenced me, there are many. I immediately think of James Joyce’s Ulysses. I spent almost [a] year in Dublin just reading that book and taking Leopold Bloom’s walk through the city in an effort to really immerse myself in the story. Books come alive for me when place is well depicted: from Joshilyn Jackson’s Gods in Alabama to Pearl S. Buck’s The Good Earth to Emma Donahue’s Room. There’s a wonderful book I read and blurbed earlier this year called The Visionist, by Rachel Urquhart, that recreates the 1840’s world of Massachusetts Shakers.

How have your theatrical experiences influenced your writing? Is there something about that world that has fed this other form of creativity?

My books are very dialogue-driven. I think that comes from years in theater as well as writing screenplays. And the idea of “show, don’t tell” is so easy to see in a live production. From the way a shadow of emotion crosses a face to an action taken while speaking, it seems to pull in all the senses. If I can get that on the page, it adds depth to a character. I don’t always succeed, but that’s the goal.

Do you keep a journal? If so, handwritten or not? Any thoughts on diary-keeping in general and its importance to the writer?

Though I’ve always loved the idea and do think it’s important to write down our thoughts, I don’t keep a journal. I’ve tried several times, and now I have a number of lovely books lying about with just one or two pages filled in, and the rest blank. I do, however, have little scraps of paper with random thoughts crammed into drawers and piled in the cubbyholes of my desk.

Could you tell us anything else about your process, from that first idea to getting started to polishing a first draft and beyond?

I always start with a question: What if? With The Lace Reader, it was: What if a girl, who’d had to flee Salem to save her own life, has to return to save someone she loves? With The Map of True Places it was: What if the maps we have drawn for our lives are inaccurate, and we must learn to navigate without them? From that, an image system begins to develop, a kind of metaphor for what will follow: lace for the first book and celestial navigation for the second. Then I just write for a while, freestyle, whatever comes to mind. I usually end up with 50 to 100 pages, most of them unusable, but, somewhere in that jumble, I find the beginning of my story. (I usually know the ending long before I know the beginning). Next, I create rather detailed biographies for each character, and outline the chapters. Then I write the book. Finally and most importantly I edit. For me, the poetry, if there is any, is found in the editing process.

Where do you write? Do you have any getting-started rituals?

I write in a second floor space we call the map room, which was really inspirational when I was working on my second novel, The Map of True Places. We bought our house from two visual artists who had lived here for 37 years. This was their son’s room, and they had covered his walls with copies of National Geographic maps. The maps are old, and some of them are outdated now, showing countries with names that have changed in my lifetime. It’s a beautiful space with a fireplace and four big windows that look out at some of the nicest gardens in Salem.

I write first thing in the morning, before I have time to fully awaken. I find it to be my most creative time, sort of a dreamy in-between state. It’s when my best ideas flow freely. I have one rule. No caffeine until I finish that morning session. During the afternoon, I edit. I drink coffee or tea then; it’s important to be sharp for the editing process.

With so many people today trying to get published, or choosing alternative forms such as ebooks and/or self-publishing, what advice would you give budding writers on how to get the most attention for their work?

The Lace Reader was originally self-published, because my husband and I owned a software publishing company and thought it would be an easy transition to publish a book. I always say we were emboldened by our ignorance, because book publishing wasn’t the same thing at all. But we were incredibly lucky. That was back in 2007, and things have changed a great deal since then. Certainly the emergence of e-publishing and social media helps. But I think the challenges are the same. With the huge number of books published every year, how do you we distinguish our stories from all the others?

Tell us a little about your early reading experiences. What books did you enjoy at, say, age 10 or 12? Was there one book that made you say, “I wish I had written that”?

I’ve said that about a number of books. The first book I remember loving was The Little Prince. I had a reading list my mother gave me every summer. I remember reading and loving Lillian Hellman’s The Children’s Hour when I was twelve (not on the list). But I also remember reading The Good Earth and To Kill a Mockingbird and loving both of them. I loved mysteries as well. I didn’t like Dickens for some reason, which might have had more to do with the length of his books, and the amount of time it took to read them, which meant I could not be outside playing with my friends.

What academic experiences were most helpful to your writing? Were there any that were detrimental?

My mother was a painter, so I took a number of art classes, which were available in public schools at the time. I think they helped the most with my writing, even more than English classes did, though I loved literature and creative writing. But art had to do with perspective and representation. Strangely, I adored math classes, especially anything theoretical.

Finally, can you give us any hints about the novel you’re working on now?

My latest novel is being edited now, and should (fingers crossed) be out some time in 2015. The title is: The Goddess Murders. It’s set in Salem and Pride’s Crossing and is about the unsolved murders of three women back in 1989. Though never tried and convicted, a mentally ill homeless woman has been blamed (and persecuted) for the crime. It’s a mystical story that has ties to the Salem Witch Trials of 1692. Though it is a stand-alone novel, many of the characters from my earlier two books feature prominently.

One Response to Writing in the morning, without caffeine: An interview with Brunonia Barry