How to Write a Memoir: Should You Spill Your Secrets Before the Book is Out? Editing a Book with Ease Using AutoCrit: An Interview with Nina Davies

Writing a Children’s Book that Supports Charity: An Interview with Ed Raarup

It’s unusual for me to interview a children’s book author here on How to Write a Book, but I was so inspired by the exquisitely illustrated children’s chapter book Fireflies and Shooting Stars—a book that comes with an entire musical score and CD. The publisher has even given us a copy to provide one lucky reader of this blog. So, post your questions for the author below as a comment and you could win the free copy of Fireflies and Shooting Stars. Best comment or question wins—I know, a bit subjective!

Lisa: What inspired you to write Fireflies and Shooting Stars? 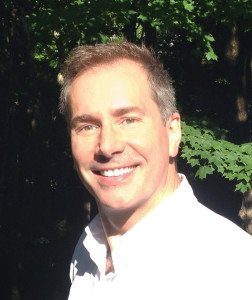 Ed: My good friend, Ronnie Biondo, wanted to create an all-accessible playground for children — a place where kids from all walks of life, with or without disabilities, could play together in a joyful environment. Her vision became a reality when Firefly Field — A Playground for All Kids opened in Matamoras, Pennsylvania in 2009. Ronnie was inspired to name the playground after the beautiful song Fireflies and Shooting Stars written by our mutual friend and professional composer/musical director, Michael Rice. During the development of the playground, Ronnie wished we could find a way to use the song to promote and perpetuate projects such as Firefly Field. I thought a children’s book would be in order and imagined the tale of Enzo — a story about a little firefly without a light who faces the challenges of being different. Through Enzo’s adventures and fantastical journey, he realizes his own unique strengths and the importance of accepting the differences in oneself and others.

Lisa: It’s unusual to find lyrics throughout a book, what made you decide to create a book in this format–with songs interspersed and a CD to go with it?

Ed: I’d always intended to include the title song in the book somehow. Having a background in musical theatre, it occurred to me that there were places in the story that would be perfect for the characters to sing. Eventually, I ended up writing ten more original songs and the whole project evolved into a musical storybook. Including the lyrics served two purposes by providing poetry within the story line and the words for kids to sing along.

Lisa:  Did you break any other molds or rules in writing this book?

Ed: By industry standards, the book is definitely “outside the box.” The fact that it is a chapter book with over 80 wonderful illustrations and a soundtrack CD with 12 songs puts the work into a category of its own. A lot of perseverance and effort went into holding on to what I envisioned, and it was worth it.

Lisa: Yes, it was worth it. Do you envision Fireflies and Shooting Stars inspiring musical productions in schools? Or any other visions you’d like to share?

Ed: I am currently developing the script and orchestrations for a musical theatre production for theaters and schools. I’ve also been working on a  K – 5 grade education curriculum manual to accompany the book for schools and libraries. Plus, Enzo’s adventures will continue with a holiday sequel that I’m writing.

Lisa:  What was your process for creating the book? Did you write the story, then the songs? Or how did it work? Did you know the age group you were writing for from the beginning or did that evolve?

Ed: I wrote the initial draft of the story first. When that was done, it became clear that what I’d created would fit best into the chapter book category for 4 to 10 year olds. Although, there is crossover appeal for older kids and adults because of the music, the art and the story’s message. As the story went through editorial development, the characters evolved and I could “hear” their voices. I would talk out loud in each character’s voice to see what they had to say and then quickly write it down. This exercise helped define the moment when a character would want to sing and what they’d want to sing about. Then I’d write the lyrics and music appropriate for that moment, and Michael Rice would write the arrangements.

Lisa: Wow, what a fascinating process. Fireflies and Shooting Stars is also part of a nonprofit fundraiser. Can you say more about that? 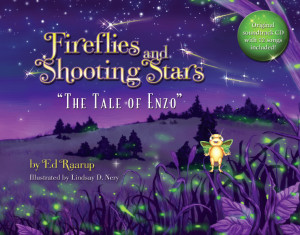 Ed: The Biondo Memorial Foundation funded most of the development of Firefly Field. The Foundation was established by Joe Biondo, Ronnie’s husband, to assist the developmentally, neurologically and physically challenged individuals, their families, their caregivers and others in the tri-state area of Pennsylvania, New York and New Jersey. By publishing and marketing our book, other communities have invited us to help them develop Firefly Field in their areas. Within the last year, we have done presentations in Fort Lauderdale, Little Rock and Naples.  In essence, the book has become a catalyst to promote all-accessible playgrounds and spread the message that it’s OK to be different. To quote Enzo, “You’ve gotta know just who you are and what you’re good at so you can shine in your own way.”  Fundraising events have been very successful where we have been able to perform the songs and distribute the books and music.

Lisa: As a former nonprofit executive, it’s exciting to see creative efforts that make the fundraising fun and get a whole community involved. How did you find the illustrator for Fireflies and Shooting Stars?

Ed: Lindsay D. Nery is an amazingly talented illustrator who lives in my area. She designed a beautiful invitation for a fundraising event that I attended and friends suggested I should see more of her work. After meeting with her and viewing her portfolio, I explained to her my vision and asked her to draw Enzo as I saw him. I could tell that we communicated well with each other and her initial drawings were exactly what I had hoped for. It was the beginning of great collaboration.

Lisa:  What was your publishing process? Did you consider traditional publishing or did you want the control of self publishing?

Ed: At first, I pursued traditional publishing by churning out all the proper query letters, contacting agents, following through on all the leads of friends of friends, etc. However, that route became very difficult due to the production costs involved with a musical storybook coupled by the financial constraints currently facing traditional publishers. On the advice of my editor, I decided that self-publishing was definitely the way to go. I did a lot of research and the best resource I found was The Well-Fed Self-Publisher by Peter Bowerman. As a self-publisher, you are responsible for all the costs and every single detail; but if done right, it is a wonderfully rewarding experience in many ways.

Lisa: Any advice for authors writing children’s books with lyrics?

Ed: As with any good musical theatre production, make sure the story line supports a song for the moment that inspires a character to sing. In other words, just don’t plop songs randomly here and there — make sure there’s a good reason to sing, make sure the lyrics relate to the story and that the words are those the character would use.

Lisa: Anything else you’d like to pass on to aspiring authors?

Ed: Yes — find a great editor and/or writing coach!  My editor was Emma Walton Hamilton. Her insightful editorial consultation and poignant advice were invaluable throughout the process. And, get as much feedback from authors, friends, book clubs and others about your work. It is important to honestly listen to the feedback and then continue to write and re-write until you believe you’ve done your very best.

Ed Raarup is a professional writer, composer, actor, singer and member of AEA, SAG/AFTRA and the Society of Children’s Book Writers and Illustrators.