The urgency to write: Kim Triedman talks about her first novel 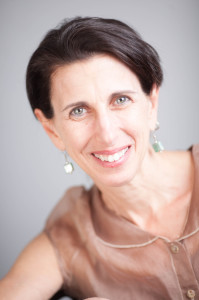 Kim Triedman, the author of a novel and two poetry collections, will speak in Wakefield on July 20.

Kim Triedman, author of The Other Room and the poetry collections Hadestown and Plum(b), will be the speaker at Authors on Main at Contemporary Theater, 327 Main St., Wakefield, on Sunday, July 20, at 6 p.m. Her appearance is sponsored by the eBook Bakery. She answered questions from Betty J. Cotter via e-mail.

You change point of view several times in this novel. At what point did you make that decision in the drafting, and how did you decide when to change perspective or move from first to third person?

The novel sort of chose its own form. One night back many years back, I was reading Barbara Kingsolver’s Poisonwood Bible, and I was very taken with how effectively she managed to tell her story through shifting points of view. In retrospect that may have played a part, but mostly what I responded to at the time was her voice. From the very first words of that novel (“Imagine a ruin so strange it must never have happened…”), I remember feeling an urgency to write. It was that voice more than anything that drove me to write the earliest scenes, and these were all in first person in the voice of my main character, Claudia. As a I continued to write, however, I found many of Claudia’s scenes “switching” over to third person, and I realized that that’s the way the story was meant to be told (although some of the first-person scenes ultimately found a way in, too). As other characters began to grow up around Claudia, I began to hear them, too, and I realized that this novel was meant to be a kind of pastiche, with each of the three main characters providing a distinct version of the same story. As in the classic Korosawa film, Rashomon, this structure gave the novel a kind of tension and depth, a layering of uncertainty and conflict.
How long did the book take to write? How many drafts did you end up with?

Believe it or not, that’s a hard question to answer. I only worked on the novel part time. At various points, I shelved it entirely for a year or two and focused on poetry. I never counted my drafts, because I was forever dipping in and revisiting one part of the manuscript or another. I also devoted large stretches of time at various points to the submission process (agents, publishing houses, competitions), and then a good part of 2013 to publicity and launch-related administration. What I can tell you is that between the time I wrote the first scene and the time it launched (last October), about 14 years went by.

How did the notebooks come into it? Were you inspired at all by Lessing’s The Golden Notebook?

No, actually, the idea to include the notebook sections did not come from The Golden Notebook. There was no structural frame for The Other Room when I started out because I never set out to write a novel. All I knew at the outset was that I was following this very evocative voice that came to me pretty much out of nowhere, and it felt urgent enough that I couldn’t ignore it. I’d never studied fiction writing before, and here I was waking up in the middle of the night with scenes spinning in my head that had no context and no discernible scaffolding. So everything about this project felt organic, from the characters that emerged to the plot line as it unfolded to the rather non-traditional narrative structure. So it started with a voice, and that voice turned out to belong to my main character Claudia, the mother of a young child who’s died under uncertain circumstances. These initial scenes all came to me in first person, and they ultimately ended up as the “notebook” sections you mention, which are dated a few years later than the main through-line of the story.

What about the character of the therapist? How did that add a dimension to the telling of the story?

One important aspect of this story is that of a woman finding her own voice in the aftermath of great tragedy. What I loved about the device of the therapist is that he allows her to do this in the crucible of his office, as he’s watching her and she is watching herself. I kind of think of the office as a roomful of mirrors, reflecting her back from all sides. It’s one of the ways we get to drill down into the many layers of Claudia, to understand what she is running from and searching for, and what she has not be able to find in the context of her marriage.

How does your poetry affect your prose writing? Do you think you have one style as a poet and another as a novelist?

When I write poetry, I’m completely tuned in to the sounds and the music of language. For me, in any kind of writing, so much is about pacing and rhythm. I don’t write formal verse, but my own poetry is very much driven by the same forces that drive formal poetry. My internal ear determines where specifically it wants some sounds emphasized over other sounds, or when it requires a pause rather than a full stop, or whether it is more suited to a meandering or more rapid-fire pace. Many specific techniques used in poetry – repetition, alliteration, rhyme or especially slant rhyme – also figure themselves into my prose writing. In a sense, I do not so much apply them as hear them in the sentences or phrases or paragraphs that unspool themselves. When I find myself looking for a word, I often know not just the meaning but also what type of sound(s) it should have, how many syllables it needs to be, and where the emphasis should fall.

I only started writing poetry after I’d completed an early draft of The Other Room, a couple years into the project, when I found I needed to get away from it for a while. I needed to do something else—something smaller and more immediate, more economical. I needed to work on something finer and more distilled. But the process feels pretty much the same. For me, writing is music.

When did you know you wanted to be a writer? Can you describe some of your early reading and writing experiences?

I wasn’t a kid whose childhood was spent with her nose in a book. I wasn’t much of a reader at all, in fact – didn’t major in English or pursue an MFA. As a high school and college student. I was a math/science kid; I never took a class in creative anything. Later on I became a medical writer, but my work did not involve a lot of creativity. I didn’t even try my hand at creative writing until my early 40s, when it just started pressing itself on me. I simply found myself – after a number of significant life experiences – needing to write. Aside from some journaling, the first thing I wrote was a full-length novel (The Other Room). It started telling itself to me, usually late at night, and I just figured things out as I went along. I was by then an avid reader, but I didn’t know the first thing about writing a novel. So really, from the start, I had no goals per se. I simply had an urgency to get something down on the page, without knowing quite what it was meant to be or why I needed to write it. I just did my best just to follow the impulse.

What do you enjoy reading now?

I read mostly fiction and poetry. Not a lot of non-fiction, although I wish I had more time for it. I really love a lot of the contemporary Irish novelists: Colm Toibin, William Trevor, Roddy Doyle, Sebastian Barry, and Colum McCann. In poetry, some of my current favorites are Louise Gluck, Nick Flynn, Kevin Prufer, and Lisa Olstein. I’m becoming particularly interested in writing that crosses genre lines, like prose poetry. My most recent book is called Hadestown, and it’s a book-length prose poem based on the 12th labor of Hercules.

Any writing advice you would give for those getting started?

For me writing is less about looking for inspiration than not looking for inspiration. Occupying my mind with certain routine and meditative tasks (driving, folding laundry, showering, painting) often distracts me in a way that allows inspiration to track me down. That said, there are a number of things that do seem to help me in a pinch. Reading poetry – especially a specific poets – often gets me excited enough about the play of language that I can’t wait to get back to my computer. Sitting outside on my front stoop usually works, too, just staring off into the middle-distance with a pen and paper handy. Lying down and closing my eyes until I’m in that beautiful limbo between sleep and wakefulness. But basically I write because I need to write. Period. It’s an ecstatic and terrifying experience, and I often find when writing that I discover things I have been feeling or muddling without even being aware of it. When I started The Other Room, I had no idea what I was writing, or why. I never knew where I was going each day: I’d just sit down and reread what I’d written the day before and let the story find its path. So I think there’s great value in trusting in the process – allowing the words to find you. I think the upside of that is that my work carries a sharp emotional honesty, and I think readers will respond to that. The Other Room traverses some difficult emotional terrain, but there’s also humor in it, and there’s love in it, and I think they’re rendered in all their messy, recognizable human-ness. Because I do think readers gain more from novels that push them to feel…to be their most feeling-selves – not in a manipulative or overly sentimental way, obviously, but simply by saying it like it is.
What is next on your writing plate?

So that’s the big question. I published three books this year – two poetry collections and a novel. There’s a very big blank page out there waiting for me. The bottom line is that I’ve never really planned anything I’ve done. It’s all kind of just walked up and announced itself. And in every case, I haven’t known where I was going until I was well into the writing. I expect that I’ll start by going back to poetry for a while, as that’s always been a good and satisfying place for me to re-engage with my writing. But I’m definitely not ruling out another novel. I even have the shadings of an idea forming in the back of my head.

One Response to The urgency to write: Kim Triedman talks about her first novel