Self Publishing a Memoir- Interview with Lorraine Segal

How to be Vulnerable in your Writing

Claire: You cover various topics in your memoir, Angels and Earthworms, and share many personal moments of self-discovery. What advice do you give our readers about conveying emotional vulnerability and writing about personal topics? 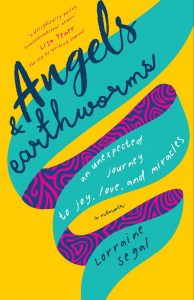 Lorraine: I think it takes a willingness to be vulnerable. And for me, it took working through my story and finding detachment to feel comfortable sharing. And I had to clarify why I wanted to share it how it helped my story or conveyed the message.

Choosing a Timeframe for a Memoir

Claire: Your memoir starts with detailed stories from your early childhood in the 1950s, which provides necessary context about your childhood, family, and the period in which you were raised. When writing a memoir, what advice would you give about deciding what the timeframe should be?

Lorraine: I don’t think there is one rule about the timeline. I have read beautiful memoirs that cover a very limited period because there was a particular idea or story that someone wanted to convey. My story’s overriding arc and message were about how I found joy, healing, and miracles. It’s taken my whole life up until now to get there, so that is what I felt compelled to share!

Dialogue with the Divine

Claire: You mention discovering journals you kept over eight years. Did you incorporate any stories that focused on what you wrote in the journals? Do you still journal today?

Lorraine: I saved those journals for so long, and the ones from when I was 16 through 22 weren’t very useful; page after page of self-hate, misery, not feeling good enough, and a little bit about what happened in my life. As I began to find healing through therapy, 12-step programs, and a spiritual connection with the Goddess, I incorporated some reminders about revelations and transformation. 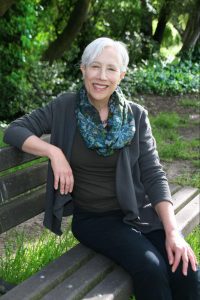 Now, I don’t journal so much as I dialogue with the divine and my muse. I share what’s in my heart and mind and let the divine, whom I call the Goddess, answer me.

Working with Book Coaches and Editors

Claire: You worked with several editors and book coaches; how have these people shaped the evolution of your book?

Lorraine: It does take a village to write a book! I got stalled about 2/3 of the way through the memoir and found an excellent developmental editor to work with. At that point, she was immensely helpful for me to get unstuck and re-inspired. Later, I worked with a copy editor and a line editor, both of whom pointed out problems in the book and typos I hadn’t seen. I also had a sensitivity reader look to see if there was any unconscious bias or prejudice against various minority groups in it.

Claire: A couple of sections of your book were adapted from other posts or essays you’ve written in the past. When did you first decide to start writing your memoir?

Lorraine: This is a funny story. I meditate every day and do self-guided visualizations. A new little being, who looked like a cartoon character from the 1930s, popped into my consciousness. His face and body were a golden book cover, and he had skinny arms with white gloves and skinny legs with black shoes. He pumped his arms up and down over and over and said, “Write me! Write me! Write me!” He wouldn’t stop until I said, “OK, I’ll write you.”

I called him Bookie. He doesn’t talk much, so he didn’t tell me what kind of book to write. Instead, I asked the Goddess, thinking I was supposed to write a book about conflict transformation because of my Conflict Remedy business, but she said, “No. Write about your life first.” So I said “Yes” and that’s how I started.

Claire: I love the title of your book, Angels and Earthworms; how did you settle on this as the title? Do you have any advice for coming up with a memorable title?

Lorraine: The title came from a therapy session many years ago. I’d been working with this excellent therapist for several years and realized I had once again made the same mistake with relationships that I had made before.

I said to her, “But, Ahbi, I did not want to make the same mistakes over and over; I want to be an angel of light! ”

And Ahbi looked me right in the eye and said, “Then what would you do here on the planet with the rest of us earthworms?”

I think the important thing is not to get hung up on a title while writing. Instead, pick a simple working title, write the book, and then see what bubbles up. I think the correct title will reveal itself. Very open brainstorming can help. And you can also get help from experts to pick a compelling one. 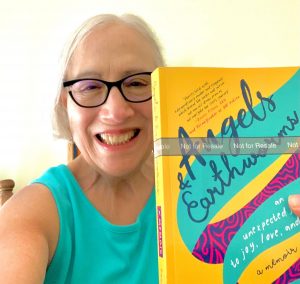 Lorraine: I tried the agent and publisher route first and got some interest, but no traction or takers. I was lucky that someone recommended I go to Bay Area Independent Publishers Association early on. I started learning so much about what’s involved in author-publishing and understanding that there were real advantages to doing so. You can get better publicity, and earn a lot more money doing it that way, especially if you’re not already famous. So many people in that group are successful, and it inspired me.

If someone wants to explore author-publishing, I encourage them to start educating themselves about the process and the options. It isn’t about “vanity presses” anymore. It is becoming a more respected and viable way to get your book out in the world.

Claire: Your story shows how you have either participated in or witnessed several historic and revolutionary social and cultural movements, such as your activism in Berkeley or your ongoing fight for gay rights. How do you give background without derailing or distracting from your narrative when writing a memoir that coincides with historical events?

Lorraine:  I think I had two guiding questions. One was: What do I need to include to tell my story? And the other was, What won’t people from a different culture or who grew up in a different era understand? Then, I explained and gave cultural background. I had to do some research because I didn’t remember all the context. So, for example, Why were we attracted to Maoist feminism in the 1970s? 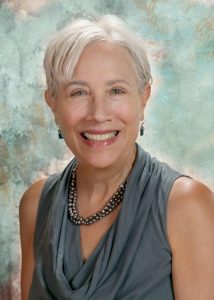 After surviving the ’50s and ’60s, as well as twenty years in toxic academia as a professor, Lorraine Segal was inspired to start her own business, Conflict Remedy. Now she happily teaches coaches, blogs, and consults around workplace conflict transformation. Lorraine is addicted to reading novels and enjoys walking in beautiful Northern California, where she lives with her wife. Her cartoon muse, Bookie, insisted that she write Angels and Earthworms: An Unexpected Journey to Joy, Love, and Miracles.