Publishing Tips and Trails, Improv-style: An Interview with Patricia Madson How to Find Your Writing Voice: Part I Tips for Bloggers

Padma Venkatraman advises writers: don’t be in hurry to publish 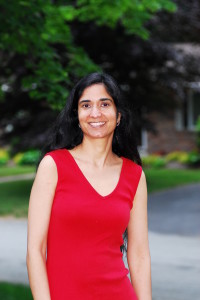 Padma Venkatraman, the award-winning author of three novels, will be the final speaker in the 2014 Authors on Main series at Contemporary Theater, 327 Main St., Wakefield, on Sunday, Sept. 14, at 6 p.m. Her debut, Climbing the Stairs, received the 2009 Julia Ward Howe Boston Authors Club Medal (YA) and was named the Booklist Editor’s Choice Best Book of the Year. Her follow-up, Island’s End, was inspired by Venkatraman’s experiences doing oceanographic research in the remote Andaman Islands. Like her earlier books, her new novel, A Time to Dance, features a teenage girl facing an enormous struggle. After losing part of her right leg in an accident, Vida must re-learn the traditional bharatanatyam dance, which becomes a spiritual as well as rehabilitative journey. Kirkus Reviews called the book “a beautiful integration of art, religion, compassion and connection.” She answered six questions in an interview with Betty J. Cotter.

What advice would you give writers struggling to find a character’s voice? I know some voices in your novels have just “come to you,” but do you think a certain receptiveness is involved?

Odd as it sounds, I think when you struggle, you’re less likely to find it. Trying out yoga – or at least trying to put oneself in a meditative state – is a far better way to hear a character’s voice, in my opinion. Writing, for me, is a bit like being in a trance or in a waking dream, when I’m writing my best.

I realize this sounds like wishy-washy advice, but it isn’t. Jody Lisberger, a professor at the University of Rhode Island and a writer friend and colleague, often recommends that her students read Pulitzer prize winning author Robert Olen Butler’s book From Where You Dream. I only read it very recently, but was amazed to find that he recommends “dream storming” – a process similar to what I go through when I write. So, maybe that’s a good book to read if you’re struggling? 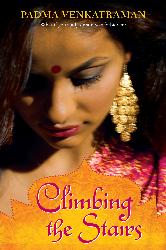 You are multi-lingual, but your novels are written in English. What limitations does that impose? Do you think English, with its Germanic/Anglo-Saxon/Latin roots, is more expansive or more constrictive for a writer?

A marvelous question to which I have, unfortunately, no marvelous answer. I am multi-lingual, and I think my knowledge of other languages informs my literary style. Each of my three novels is written in a different form, but they’ve always come to me in English. I learned English very young – so young that it sort of is my mother tongue. And I fell in love with the language very early. I think it’s a crazy language and that its many roots give it a flexibility and a freedom that other languages don’t quite have. English – the language, I mean – is very accepting. It’s fluid. It’s willing to experiment. The other languages I know are a bit stricter – at least in the way I understand them. English embraces me, the other languages I know are not as approachable.

If you had to write a defense of the novel as a form, as opposed to say the short story or the play, what would you list as its positive attributes? What are some of its limitations?

Its positive – and its negative – a novel’s length. Length is a luxury, allowing the author to expand and enrich a reader’s experience in a way that a short story or a play cannot. Then again, if an author luxuriates too much, the reader may feel lost. How much is too much or too little? There’s no one real answer to that – but there are as many opinions on that topic as there are readers, probably. A short story or a play or a poem enforces outside limits, imposes boundaries. A novel doesn’t. But its openness implies that the author needs to create his/her own set of rules each time, to reinvent the form with each book, and that is challenging and yet also creatively rewarding.

A play, is, I think, less under an author’s control than the other forms, given that it’s so heavily influenced by the actual production.

What are some books you have read in the past year? Which ones, if any, influenced your writing?

I re-read Richard Llewlyn’s How Green Was My Valley – I’m sure it’s influenced my writing, as have other books I read as a young person. I’m not sure if the books I read now, as an older person, actually influence my writing…maybe they do, but I haven’t given it much thought. I never had read Louise Erdich’s Love Medicine, but I did enjoy it very much this year; also Gloria Whelan’s Living Together and Sherman Alexie’s Blasphemy. These are collections of short stories – much easier for me to read than a novel, these days, as my six-year-old ensures that I never have long stretches of uninterrupted reading time.

What effect has your science background had on your writing?

I feel like my science background has undoubtedly influenced me as a writer. Sometimes I’m sorry I didn’t turn to writing earlier, as I have such a limited time left to write, even if I do live a long life… but then again, I feel like I have a better quantitative appraisal of the magnitude of my accomplishments, overall, I because I’m a scientist. Our collective accomplishments are infinitesimally small on the spatial scale of the universe… As a scientist, this is a fact I acknowledge. I find this vastness of space and time quite marvelous and I feel like my science background provides me with a good sense of humor, a way to laugh at myself, to not get too self-centered. My scientific background helps keep my head from swelling. 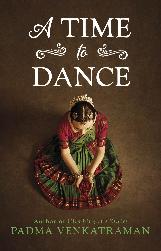 A budding writer comes to you for advice. What would you tell him or her that you wished someone had told you before your first book was published?

Wait and don’t be in a hurry to publish. In ages past, writers wrote articles in magazines all the time. H.G. Wells wrote for magazines, as did Dickens and Twain and Hemingway. But these days, I’m shocked to find that people look down on this – there seems to be a silly notion that true writers must and can only write magnificent stuff all the time – even their grocery lists had better be lyrical if they leave them lying about.

I wrote for magazines and journals – translated science for lay people, young and old – before I took myself seriously as a writer. Now, at times, I wish I hadn’t, because I worry that people sometimes read this stuff and think less of me because it’s there.

The fact is, unfortunately, I was writing well enough to get into print and to get paid for what people published long before I became an author. It’s unfortunate because it haunts me now and I wish the only scraps of writing I had to my name were my three novels – which I love.

Then again, sometimes I think it’s not such a bad thing. I’m living testimony to the fact that writers write in different ways, that they sometimes create literature and sometimes just write stuff that’s totally forgettable on paper that deserves to be recycled. Maybe this is a good thing, because it saves me from pretending (as some do) that every word I write drips out of golden pen. Maybe it helps inspire young aspiring writers by letting them know that that first award-winning novel didn’t just materialize out of thin air.

To paraphrase Edison, creativity is part inspiration and part perspiration. 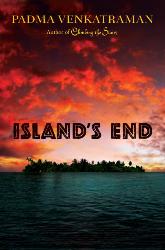 A selection of fiction awards received by Padma Venkatraman:
A Time to Dance (Nancy Paulsen Books, Penguin 2014)
National Book Award winner, Gloria Whelan:
a gift of faith and hope.”
* BCCB, Starred review “deftly-wrought free verse…heart-achingly hopeful…will remain with readers long after the final line.”
* Kirkus, Starred review: “weaves together several themes so elegantly that they become one.”
* Booklist, Starred review: “To even have a passing thought that Veda is disabled, rather than differently abled, would be utter madness.”
* VOYA, Starred review: “this story is magnificently strong, as Veda’s determination dances off the page and into the reader’s heart.”
* SLJ, Starred review: “[an] exceptional novel …captures beautifully the emotions of a girl forced to deal with a number of challenges … sure to appeal.”
Horn Book: “powerful images and motifs.”
LitUp Reviews: “every aspect shines, from its backdrop to its story to its writing”
IndieBound Citation: “Highly recommending … this moving novel shows how completely ‘dance can let you enter another world’ ”
Newsday: “I loved this book…a love story, tragedy and spiritual read all at once.”
Providence Journal: “dazzles and delights…beautifully written”
Denver post: “sure to go on my ‘Favorite Books’ list…will definitely dance its way through your heart as it did mine.”
Chicago Tribune: “powerful depiction of a teen girl struggling to recover from an accident”

3 Responses to Padma Venkatraman advises writers: don’t be in hurry to publish