Writing Fiction From Experience: An Interview with Author Katie Quirk Abby Rodman on How You Write a Self-Help Book, Marriage, E-publishing and More… 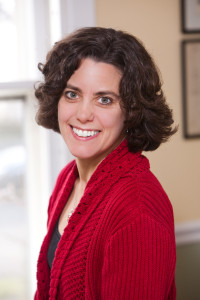 What was the inspiration for A Violet Season? Which came first, the idea of a mother who is a wet nurse, or the Hudson Valley setting?

The Hudson Valley setting, and specifically the violet farm, was the initial seed of the novel. I was interested in the fact that violets had been grown commercially—who knew? But even more so, I was fascinated by the fact that my hometown had once been known as the “violet capital of the world,” yet I grew up completely unaware of that fact. I wanted to learn more about that hidden part of my hometown’s past.

What sort of research did you do into the time period and violet farming? What were some of your sources?

My most important source was a farmer named Fred Battenfeld, whose family going back three generations grew violets. Fred grows anemones today, but he still has one row of violets in his greenhouse, and he was able to teach me everything I needed to know about how violets are grown. He fact-checked the manuscript for me as well. As far as researching the period, I read a lot of books both from and about that time, and I visited a few other key places, including the Lower East Side in New York. The New York Tenement Museum was a great resource. Many people haven’t heard of it, but it’s well worth a visit.

What advice would you give a writer embarking on a historical novel?

Don’t let the research get in the way of the story. Your research should be impeccable, but for me, at least, it doesn’t come first. I do just enough research in the beginning to find out if the idea I have is plausible and to establish the right time. Then I write, and when I run into a detail I don’t know, I make it up, and I mark it in caps so I can go back to it later. If I interrupted the creation of the story, the process of getting to know my characters and what they are going to do, every time I needed to look something up, I would never finish that first draft. For me, the first draft is all about the story. Then, when I go back to do the research to fill in the gaps, I can enjoy the wandering and the discovery that research entails without worrying about where or whether it will fit in because I already have a draft.

In terms of creating characters, what is your process?

I wouldn’t say I so much “create” them as “get to know” them. I wouldn’t go so far as some writers and claim that my characters take over or talk to me in my head, but I do have to kind of stay out of their way in the beginning and see what develops as I write. There’s a lot of experimentation involved. I don’t subscribe to making lists of what’s in their closet and that kind of thing. The bigger question is how they will behave in a given situation, and I always have to try that out in order to know.

Do you have any revision tips for other writers?

I think everyone has to develop his or her own process to some extent. But in general, I would say think of your first draft as the clay. All you’re doing is trying to get from the beginning to the end. Then when you revise, you have something to work with. In other words, revision is really the part of the process where the work is shaped, where it becomes itself. Approaching revision in this way frees you to make big changes when you need to, and it sets up the expectation that this will be the longest, most demanding part of the process.

Who were some of your favorite authors as a child? What writers do you read now?
One of my favorite books in childhood was Johnny Tremain, by Esther Forbes. I distinctly remember buying my copy. It might be the first book I went to a bookstore to pick out myself. Like so many women of my generation, I was also a devoted fan of the Little House books by Laura Ingalls Wilder. Today I read a mixture of classics and contemporary fiction, and some non-fiction as well. Right now I’m reading The Storytelling Animal: How Stories Make Us Human by Jonathan Gottschall, and I’m about to start Hilary Mantel’s historical blockbuster Wolf Hall. If you visit my Goodreads page, you’ll see that I’m always reading more than one book at a time.

Are you still teaching at Quinnipiac [University], and are you finding time for writing? Could you tell us about your second novel?

I’ve been teaching part-time in the First-Year Writing Program at Quinnipiac for nine years. My schedule varies, but right now I spend my non-teaching days writing in the morning and doing promotional and business work in the afternoon. I’ve also been writing on Saturday mornings since my kids were little; that was the first writing time I managed to claim as my own. For the most part, I’m working on my second novel now. The protagonist is a woman who runs her own photography studio in the 1920s. It’s still very much an evolving work, but I can tell you that it involves the Rocky Mountains, the building of an East Coast house, the aftermath of World War II, and an older woman-younger man love story.

Aside from my desk and my computer, the most important thing in my writing space is a south-facing window. In the winter, if I close the door, the room stays pretty toasty, which is good because we keep the thermostat low. We’re thrifty New Englanders that way. On writing mornings, I allow myself half an hour to take care of odds and ends like phone calls and bill-paying first so my head is clear. Then I try very hard to stay off the Internet, except for research, and I write or revise all morning. I often take a short coffee break mid-morning if I’m stuck, and then I work until about one o’clock, when it’s time to turn to other business. It’s good to stop when things are still working, so I know where I want to begin the next day. I do a lot of writing in my head, too, especially when I’m walking around the neighborhood or swimming laps.

You’ve received grants both from the NEA and the state of Connecticut. Could you comment about the importance of such support for writers?

Maybe a hundred people in the country make a living as writers. They’re the best-selling authors whose names most people know. The rest of us cobble together other jobs—often teaching, but sometimes completely unrelated work—and do our best to write in the time we have left. I know some people feel grants for writers are frivolous, but writers and artists of all kinds play an important role in society: raising difficult questions, getting people to talk about what matters, bearing witness, telling the truth when everyone else—politicians, advertisers, even our family and friends—is spinning it. Every culture throughout history has told stories. There are lots of theories about why this is, but one thing we know is that stories are not expendable.

Kathy Leonard Czepiel will appear at Authors on Main at Contemporary Theater on Sunday, Aug. 25, at 6 p.m. The theater is located at 327 Main St., Wakefield. Admission is free, and books will be available for purchase and signing, courtesy Wakefield Books. Her appearance is sponsored by Koolco and Randall Realtors. For more information,
email bjc.60@verizon.net.

Portions of this interview were originally published by The Day Publishing Co.’s Sound & Country magazine.