Intimately Connect with Your Readers through Authentic Storytelling The urgency to write: Kim Triedman talks about her first novel

How to Write a Novel: An Interview with Ginger Moran 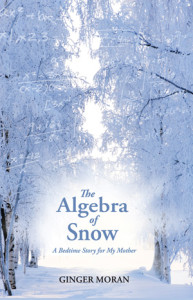 I have known writing coach Ginger Moran for four or five years now and a few years ago I had invited her to teach my nonfiction book writing course for the summer. There are not many people I would trust with “my baby” like that! Ginger is a gifted teacher. Ginger is also an expert on writing novels and memoirs. Her first novel was nominated for the prestigious pushcart prize.

Here, I ask Ginger some introductory questions about how to write a novel. You’ll find more about Ginger’s upcoming summer course here, where you can also sign up for her free introductory teleseminar which will be offered on June 17.

Lisa: For fiction, what do you recommend as a first step to write a novel? Is it getting to know your characters? Exploring the scene? And why do you start where you start?

Ginger: One of my professors at the University of Houston, Donald Barthelme, used to hound students with the question: “What is the problem here?”

It sounds like a negative statement–but what he was getting at is, “What is the conflict? What is the question? What is driving this story?” Because novels are long, they have to be driven by a big enough problem to carry the writer—and thus the reader—through.

So my starting point is: “What is the problem? What in this situation has my characters’ (and my) full attention? What is the question?”

Everything else will develop from that.

Lisa: What if someone has an idea that seems marketable but when they try to develop characters, they seem two dimensional? How do you get a character to come to life for you as the author?

Ginger: That’s a great question. It’s important for all characters to have fullness, even the secondary ones, unless you want them to be stock–which has its own dimensions. I suggest that writers look for the layers–what is complex or unexpected about this character? And write that in.

I also am a great believer in setting a character down on the page and letting him or her go! See what they say and do if you aren’t directing them.

It’s always enlightening to go to a real coffee shop, sit for a while and listen in on conversations. When I do this, I almost always am struck by the randomness and inexplicableness of people–it is a charming, creative, surprising quality that can inspire my characters to be equally themselves.

Lisa: I like that—so go somewhere where you can let the random inspire you—get out of your own head, your closed world, and open things up. Do you recommend authors map out a novel scene by scene before writing, or just start writing and see where it goes or what?

Ginger: I’ve tried it both ways. Writing a novel or a memoir is a bit like settling out on an ocean voyage–and you aren’t entirely sure what your destination is until you get there. With my most recent novel I’m trying out outlining–and it is going to save me some major revisions, I can see already! So I say make a rough outline–and I have a great method for doing this–and then allow yourself to be surprised if it doesn’t turn out just that way.

Lisa: What’s one bit of advice you would give to someone wanting to write fiction?

Ginger: John Barth once referred to novels as “fiction maybe, but truer than fact.” I think we learn so much about life from reading novels that sometimes they are a more powerful influence that nonfiction. Look at Harry Potter. How many young girls think being really bookish is cool because of Hermione Granger? I say, if you have a novel that wants to be written, you are embarking on one of the most exciting and rewarding journeys of your life!

Lisa: How about memoir? What’s similar about writing fiction and memoir? Would you start similarly with both or are there differences in how you begin to write a memoir?

Ginger: I was going to say that memoir, though it is considered nonfiction, is necessarily a curated story of someone’s life–and thus it is also fictionalized and “storyified.” The elements of novel writing are the same for memoir-writing. And both have to start with a problem. In the case of memoir, the problem is the central motivator of the person’s life, what drove him or her, what problem cried out for resolution?

Lisa: Can you tell us what we can expect to learn on your free call on June 17?

Ginger: In the call on the 17th we’ll discuss this huge issue of the problem–which, as you can see from my answers, is central to a good novel or memoir. I’ll share more detail about what I mean, give examples, and talk about where it has to appear in a novel or memoir. Participants will also learn the other main issue I see in early drafts of people’s novels and memoir that will create so much of a problem that the book has to rewritten–unless you have it straight from the start. I’m going to be talking about the Elements of Novel and Memoir Writing teleseminar I am offering in July–the distillation of almost 25 years of teaching, writing, publishing, editing, and coaching fiction and memoir writing!

Lisa: I’m signed up for the June 17 call and can’t wait to learn more about how to write a novel. Any last bits of advice?

Ginger: Socrates said that the unexamined life is not worth living. I think the uncreative life is not really living. I love fiction and memoir writers because they have the fire inside them that is taking them to one of the most creative places a person can go. It can be a somewhat scary journey because it is unfamiliar. Like Frodo’s, the journey is far, far better and has a much greater chance of success with good company. Take a class, get a writing buddy, hire a coach. Don’t needlessly go it alone! You can sign up for Ginger’s free introductory class here as well as find out more about her summer class.

Special gift for readers of this author interview: Because I am an affiliate of Ginger’s, if you mention that you found Ginger’s class–on how to write a novel or memoir–on this website, and you sign up for the summer program,  you will also receive a free download version of Ginger’s brief memoir, Forgive Us Our Skins: Thoughts on Humanity, Mortality, and Small Plastic Food Storage Containers.