Creating an App for Your Book: An Interview with Author Harris “Hershey” Rosen 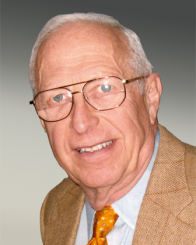 Charlotte: What inspired you to write Creating a Guide So Your Loved Ones Can Go on Living?

Hershey: When I retired, I realized that my wife would not know all the details of our finances or managing the mechanics of our house.

Charlotte: And, I imagine there’s a huge need to get this kind of information on paper or in an app well before someone dies!

Hershey: Yes. One woman told me her husband didn’t know where the toilet tissue was in the house! (I assumed it wouldn’t take long for him to find out.) Another person was in the hospital and called her son in a panic because she knew bills had to be paid, but she didn’t know where anything was. One widow, of limited means, said “Where were you when I needed this book?”

Charlotte: What made you consider creating an app for your book? How do you think it complements or heightens the book?

Hershey: It was suggested by the book editor and book producer. The app is a simpler recording of the same information as suggested in the book. My “producer” took the Word document and got it printed.

Charlotte: Did you know as you were writing your book that you would be creating an app for your book–to accompany it–or was this an idea that came afterwards?

Hershey: No, the idea came after the book.

Charlotte: Can you explain a little bit about what the app is and what it does?

Hershey: The app is a method of motivating the record-keeper, financial manager and maintainer of the property in a relationship to commit to paper all the information in his or her head. In most relationships, a given task is handled by one person with the other not having a clue of how to do it.

Charlotte: Do you think it makes sense to create an app after writing and publishing a book as a sort of complement or to create the app before as an introduction to the writing?

Hershey: Books and apps are independent of each other. In this case, the advantage of the book is that it gives examples of the information to be recorded and covers more subjects (downsizing, getting rid of stuff and how to create a blank table in Word).  The app is easier to use, as it asks the questions and posts the inputted answers to a form that can be printed out.

Charlotte: What effect do you think the app has on readers of your book? How do you think having the app benefits the reader?

Hershey: They are two different ways of marketing the same basic information. Some need to know about downsizing and getting rid of stuff examples and don’t mind the extra work of writing it all out. Others are more comfortable on a computer, having the questions asked and just filling the blanks.

Charlotte: What were some of your goals in creating the app? Did you have these goals in mind before you started making it or were they developed as the app was developed?

Hershey: My goal is to sell the app to a national company, as they suggested I launch a prototype to see if it would be salable. Thus the goal was established, and then the app was developed.

Charlotte: What are the steps you took to first getting the app created? Who did you contact and work with to do so and how did you know who to contact?

Hershey: The team, at the start, created a budget and time frame and determined that the app would be attached to a website that marketed both the book and app. We answered the hard questions first to insure a success. All emails went to everyone. When a section/page was determined, the most qualified person wrote it.

Charlotte: Was the final product of the app exactly what you had in mind when you started?

Charlotte: Did you run into any challenges that came up during the process of creating the app? What were they and how did you overcome them?

Hershey: Yes. The book and app are purchased/viewed when explained. While the web site attracted traffic, it did not convert viewers to register for the app. Thus, the marketer had to employ several techniques to convince the viewer: a Youtube piece, online articles, social media and now a squeeze page (which captures the viewer’s email so explanations of the app can be sent). A “squeeze page” is one that appears when you click on a web site but the next page seen is a page requesting some information, which, when entered, then takes you to the page you really want. In my case, the “squeeze page” will request an email address. We knew security would be a major issue, as users would be inputting personal and sensitive information. Users needed to know their information would be kept confidential and secure. So we applied for and received the Norton Secured Seal of Trust, which encrypts all information entered into the app — even your name and email address. 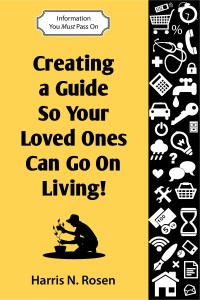 Charlotte: What are some of the responses you’ve been receiving since launching the app? Are these responses mostly from people who have already read your book or are you gaining new users and readers through the app?

Charlotte: Sounds like some people  could have used that book sooner! This is not the kind of planning people should be putting off. What are some tips or pieces of advice you have for other writers who want to create an app to go along with their book?

Hershey: Up front, establish a plan with details of what you want to accomplish or don’t want to happen. Choose each person carefully. The project will not be successful if any one of them does not do a proper job.

Charlotte: What did you get out of the experience?

Hershey: Each endeavor (the book and then the app) introduced me to entirely new worlds of knowledge – each with its own lingo and areas of expertise. Each represented a different challenge to master, and I like nothing better than the challenge of, “You can’t do that!” or “That is very difficult to do.” What would I do differently if I had to do it over again? Nothing.

Charlotte: How can our readers reach you? Where can they get more info on your book and app?

Hershey: For more information, go to my website or contact me at  ourinfoguide@gmail.com. The book can be purchased on Amazon, on my website or at Wayland Books, Angell St, Providence. The app can be downloaded free and it is secure – protected by the Norton seal of trust. Also, the app only asks for the location of your information, not the information itself.

Harris “Hershey” Rosen is a graduate of Harvard University and worked as a Financial Control Officer in the U.S. Army before going on to work as a mediator for the State of Rhode Island and The Community Mediation Center of Rhode Island. He has also team-taught management courses at the University of Rhode Island, using his personal experiences and passion for assisting and supporting others. He has written Creating a Guide So Your Loved Ones Can Go on Living! to provide information for supporting spouses and families in the event of a tragedy.

Note: This writer cares about typos. If you find one, click here to be part of the EditMob – it’s anonymous.

One Response to Creating an App for Your Book: An Interview with Author Harris “Hershey” Rosen