Bringing Your Memoir to Life with Sensory Detail

In today’s guest post, C. S. Lakin shares tips for writing a memoir, specifically invoking sensory detail. The post is excepted from The Memoir Workbook: A Step-by Step Guide to Help You Brainstorm, Organize, and Write Your Unique Story. [Note: subheadings are added here, though not originally in the book] 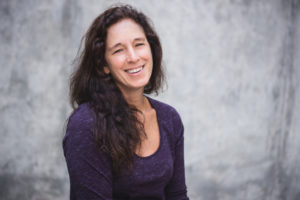 When you set about writing a memoir, just because you are “baring the truth,” that doesn’t mean it will be interesting to read. You could have the most amazing personal story to tell, but if you don’t tell it well—if you don’t transport your readers into your life—you may bore them to tears.

One good way to avoid this is by applying the fiction writers’ adage: Show, don’t tell. The more you can play out your “scenes” in a cinematic way, the more you’ll immerse your reader in your story.

Try to imagine the events of your life playing out on a movie screen. Stop and picture the entire “stage” and note what details present themselves.

For example, instead of saying “Whenever my father came home every night, he terrorized our family,” you might write: 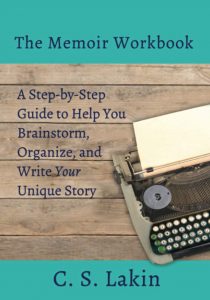 One night I sat at the table doing my math homework when I heard the door swing open and my father’s loud, drunk laugh. My blood suddenly went cold, and the pencil froze in my hand. I hadn’t seen my father in months, and the last time he strode into the house, my mother landed in the hospital with a broken jaw. I prayed, thanking God that Mom was watching Jamal at his basketball game, but one look on my father’s face as he came inside and spotted me made me cringe with fear. He would look for someone to take out his hurt and pain, and that someone would be me.

Writing with a cinematic style may be new and challenging to you, and it takes practice. If you picture the events of your life as movie scenes, it will help you bring the moment to life. Use dialogue and actions and show thoughts, playing out the “scene” in real-time. Your story will be much more effective than if you just tell what happens.

To immerse readers in our stories, we want to avoid abstractions and generalizations. Use specifics. Use strong nouns and verbs instead of weak construction.

Instead of saying “the day was hot, and I was tired,” try “the sweltering sun beat down on my shoulders, and I could hardly lift my feet to climb the twenty steps up to my apartment.”

Here are some rich descriptions from memoirs:

My first-grade teacher was Sister Agnes, a short, stern woman who had given up a large family fortune to become a nun. She wore pastel blouses and nylon shirts and beige sneakers whose soles had worn down over the years to a smooth, eerily silent rubber pad that allowed her to sneak up on her students unawares. . . . I could track the brown elastic of Sister Agnes’s knee-highs as they slowly descended her thick veiny calves. (With or Without You, Domenica Ruta)

I woke in dark hotel rooms sweating, haunted by images of sights I had actually seen: legless lepers strapped into wooden boxes on wheels, rolling along the streets of Jakarta; men and women bathing in slime-green canals while, next to them, others defecated; a human cadaver abandoned on a garbage heap, swarming with maggots and flies. . . . A leper thrust the gory remnants of a hand through my window. My driver yelled at him. The leper grinned, a lopsided toothless smile, and withdrew. (The New Confessions of an Economic Hit Man, John Perkins)

Our house was chocolate-brown brick. There was an anemic tree in the front yard, and a tall deciduous tree in the back that fluttered purple and gray in the light of the city night sky. . . . The houses were so close together we found shade on hot days by sitting in the grassy spots between them. (Men We Reaped, Jesmyn Ward)

After we took a number, we waited. And waited. . . . As we waited, the room filled up with dozens and dozens of Invisibles. Broken teeth, deep wrinkles, greasy hair, ill-fitting clothes. They all seemed to belong together and to understand each other. I was the one who was out of place here. I wondered if they felt as uncomfortable in my world as I felt in theirs. (The Invisible Girls, Sarah Thebarge)

He had to push aside the shiny loose papers torn from waiting-room magazines, old newspapers, empty cups, and long-ago-used bottles of motor oil and funnels that lived in the backseat to make room for me. He sang the seat belt song as he buckled me in, as was my rule. (Coming Clean, Kimberly Rae Miller)

Try using two or three senses in your descriptions. Here are some examples that use sensory detail effectively:

Even with the window open, the truck was redolent with Camel smoke and the goop Daddy used to clean oil off his hands with. There was a hint of cumin from a paper bag of corn-husk tamales from a roadside stand. And running under it all like current—what got him up in the morning and laid him out at night was the oak smell of wood barrels where whiskey soaked up the flavor.

. . . He drew a pint bottle from under his seat. He put the upended lid in the ashtray, and before he handed the bottle over, he drew out a corner of his shirttail to wipe the top with, saying, Want a swig? (Lit, Mary Karr)

I put my head on Maya’s chest, resting my cheek against the soft cotton of her gown. The rise and fall of her mechanically powered breath is like a whoosh of ocean tide—in and out, in and out. The steady drumming of her heart fills my senses. At last, I raise my head. There will be no last breath to signal the end. (Swimming with Maya, Eleanor Vincent)

After swimming a few lengths of the pool, I lifted myself from the water and headed for the locker rooms. Down the steps—one, two three—ouch! I had scraped the back of my heel down the sharp edge of the final step. I felt a small graze, through which blood bulged into a blob that hung from my broken skin. I transferred the drop to my finger and a second swelled to take its place. I pulled a paper towel from above the sink to press to my wet heel. The blood on my finger ran with the water as it dripped down my arm. . . . And the anxiety, of course, rushed back, ahead even of the memory. My shoulders sagged. My stomach tightened. (The Man Who Couldn’t Stop, David Adam)

Sensory detail can include the weather and the feeling of the air in a room, the lighting of a space, the feel of clothing on our bodies and the texture of sand and rocks under our feet, the taste of a cold thick milkshake going down a parched throat.

Sensory details bring a memory to life. Don’t overdo it. Just a few strokes to trigger the senses is all that’s needed.

Give this a try! Rewrite the following sentences (and embellish them with specifics) to bring in more visual and sensory details. Use your imagination.

Try to avoid boring descriptions of people and places. The key to terrific description is to make it fresh and thoughtful and reflect back on the person describing it.

In other words, people and places and things in your chapters should be described through your eyes, through the lens of how you saw them and felt about them. Instead of giving a laundry list of eye color, height and build, and hair color, think of specific unique features and quirks and behaviors that you associate with each person.

Capturing the era or time periods in our memoir is another important detail we must not omit.

As you bring each incident to life, think about the date it took place. Not only do you need to bring the people and places to life, but you also need to accurately and tactilely reflect the time period.

What kinds of things were prominent back then: brands and styles of cars, tech (or lack thereof), products, songs, fads, stores, slogans (remember “Winston tastes good, like a cigarette should”?), commercials, magazines . . . ?

Dig deep into your memory and pull out those little pieces of the past that can help you re-create the era.

I can recall riding my Schwinn three-speed with a basket full of returnable Coke bottles to the main drag, where I would give them to the liquor store owner, and with the change buy five-cent Hershey bars and Sugar Daddy pops.

Maya Angelou describes the cotton-pickers coming into the general store her grandmother owned and ran in I Know Why the Caged Bird Sings:

The sound of the empty cotton sacks dragging over the floor and the murmurs of waking people were sliced by the cash register as we rang up the five-cent sales.

Are you old enough to remember how hard it was to press down on typewriter keys? Or what it felt like to stick your finger in the holes of a rotary phone and dial a number?

Think about local, national, or world events that create the backdrop of your story. Pick one event and describe where you were on that day. Think of all the details that come to mind that represent that era. Write a passage describing that moment in a way that uses sensory detail to evoke the era.

Creative nonfiction needs to evoke imagery and immerse readers in the experience of your story, and that means making the setting come alive.

Learn how to craft powerful settings by enrolling in C. S. Lakin’s new online video course (go at your own pace, lifetime access)! And if you enroll before the course launches on October 24, 2022, you can get 30% off using coupon code EARLYBIRD. Bring your story to life in a masterful way by learning how to craft powerful settings! Enroll HERE. [Note: we are affiliates of C.S. Lakin and receive a commission when you use our link.]

C. S. Lakin is an award-winning author and blogger at Live Write Thrive. She has twenty novels and ten writing craft books published and works full-time as a copyeditor and writing coach. In addition to teaching and speaking at workshops, she offers online video courses and master classes for writers and editors at Teachable.

Tagged with → write a memoir