When Is the Best Time to Start Promoting a Book? Cartooning for a Cause: An Interview with Comic Artist Peaco Todd

Book Publicity Inside Tips: An Interview with Publicist Janet Appel 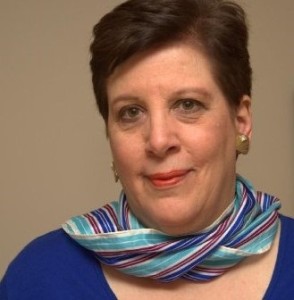 Way back when I interviewed bestselling author, Joseph Shrand, he mentioned how much he benefited from working with publicist Janet Appel. Since authors often have questions about how to get publicity for a book, how it works, how to find publicity hooks and publicity tips, I asked Janet to share her expertise.

Lisa: How did you get into book publicity?

Janet: I started working for a small public relations firm and after a few years I opened Janet Appel Public Relations LLC.  Over the years, several of my clients wrote books and asked me to handle the publicity for them.  After successfully handling a number of books, I received referrals to new authors from various sources. One author led to another.  Recently, I was on a panel at the American Society of Journalist and Authors and met authors there whom I have represented.

Lisa: How has publicity changed since you started?

Janet: The internet has changed book publicity dramatically. There are web media outlets specifically for books, such as Good Reads, Shelfari, and Library Thing. In addition, book bloggers and virtual book tours create greater interest in books.  Years ago, these outlets did not exist. 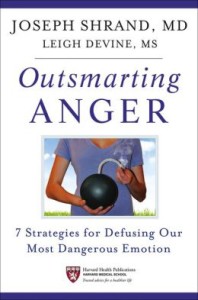 The internet has also created a greater number of media outlets for books as media companies constantly need content for their websites. Social Media now plays an important part in generating publicity and media awareness. Twitter, Facebook, YouTube, Facebook and Instagram along with other social media platforms are now essential tools in a public relations campaign.

Video is also an integral part of most campaigns. Authors can create a video book trailer and include it on their website.

There are far more press release distribution services to choose from than there were years ago, although PR Newswire and Business Wire seem to be the leaders in their field, with PR Web not far behind as a somewhat less expensive option.

Lisa: What types of books are hardest to get publicity for?

Janet: It depends on the book and what it’s about. Authors of fiction and non-celebrity memoirs can be more difficult but there are always themes, character and author viewpoints running throughout the book that can be used to generate publicity. For example, the main character may be a chef and the book might contain recipes that can be pitched to food/cooking related media.

What types of books are easiest and lend themselves to strong publicity?
Powered By the Tweet This Plugin

Janet: Nonfiction books are generally easier to obtain publicity for because they are based on facts, which are of interest to relevant media outlets. 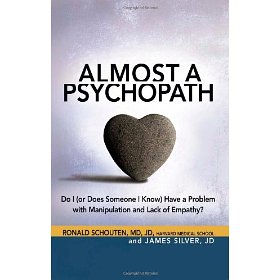 Almost A Psychopath: Do I (or Does Someone I Know) Have a Problem with Manipulation and Lack of Empathy by Ronald Schouten, MD, JD Harvard Medical School, and James Silver, JD

For example, Almost A Psychopath: Do I (or Does Someone I Know) Have a Problem with Manipulation and Lack of Empathy (Hazelden Publishing/Harvard Health Publications; June 1, 2012; $14.95) by Ronald Schouten, MD, JD Harvard Medical School, and James Silver, JD and Outsmarting Anger: 7 Strategies for Defusing Our Most Dangerous Emotion (Jossey-Bass; April 2013;) by Dr. Joseph Shrand & writer Leigh Devine covered topics relevant to a wide variety of media outlets based on the subject matter in each book.

Lisa: Can you provide an example of how you might get creative in finding a publicity hook for a book?

Janet: I look for events, occasions, holidays and organizations that are relevant to the book to see if there are publicity/promotional opportunities to be found. A thorough look at the author’s background often leads to finding a publicity hook for the book as well. Depending on the client’s budget, promotional items relevant to the book can be sent to the media, handed out at events and mailed to a targeted list.

For example, if the book is about the Holocaust I advise that the release date for the book be close to the date of Holocaust Remembrance Day. I find that publishers usually cooperate to determine the appropriate release date, especially when they are aware of publicity advantages. You might also contact book clubs at temples, Jewish organizations, Hillel chapters at colleges and universities, yeshivas, and Jewish book stores and Holocaust museums. The latter may welcome book-signing events.

Lisa: What are some of the more creative “hooks” you have used to get author publicity?

Janet: One of my client’s wrote a memoir entitled, “31 Days: A Memoir of Seduction.”  The day she started writing the book, a specific piece of music she heard while in a store was the trigger to her running home and starting to put words on paper. I contacted the psychiatrist who brought Brain Music Therapy to the United States to validate the music memory connection, which resulted in several placements in health related media outlets.

Since the main character of 31 Days had a connection to London, England, we also sent the release to London book reviewers which resulted in Harper’s Bazaar (London) excerpting a chapter of the book. 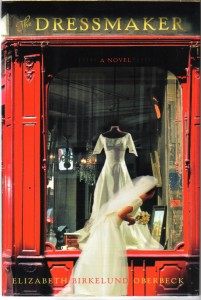 The fashion centric novel, “The Dressmaker” (Henry Holt and Company) was given out during a Fashion Week event and also at Conde Nast’s Valentine’s Day event that took place at the top of the Empire State Building, where couples are married. (One of the book’s characters was named Valentine, and he was known as the finest bridal dress maker in France)

For the CD Dogs In the Hood: A Holiday Extravaganza press kit, we included, a T-shirt with the front cover of the CD emblazoned on it and a copy of the CD held together with red ribbon adorned with gold dog bones.

What can an author expect to spend for a traditional book publicity campaign?
Powered By the Tweet This Plugin

Janet: Cost can depend on the length of the campaign and the services requested within the framework of the campaign. A minimum time for the creative and wide ranging contacts is three months.  The large public relations companies probably will take only well-known writers or books of ongoing clients.  They will charge far more than a boutique firm, and an independent publicist will probably charge less than either of the other options.

Lisa: I know it’s important to have at least three months in a book publicity campaign, preferably more. Can you explain for readers how a campaign gathers momentum?

Janet: Book publicity generally starts 3 to 6 months prior to the publication date, which allows time to get the book in front of the media outlets who will write about it. Books gather momentum as each article is published which creates interest in the book and can lead to pre-orders and greater sales. It is also important to build a platform in advance of the book’s publication date to create awareness about the author to generate further interest in their book.

Lisa: What are some of your favorite book publicity outlets?

Janet: This depends on the book, its subject matter, and relevant media outlets. However, Publishers Weekly, Library Journal and the other trade review outlets as well as The New York Times are always on my list for any type of book. National, local and regional TV shows, radio, print and web based media are high on my list as well.

If the author is interested in interacting with readers, then Book Goodies, GoodReads and several others book specific sites are useful.

Lisa: Sometimes national publicity results in significant sales and other times sales can be disappointing. Have you noticed over the years which books tend to have the best sales correlations?

Janet: Books that receive critical media mention and that capture the public’s interest rise to the top. Even those with less than stellar reviews can become bestsellers if the subject of the book is of interest to the mass market.

Lisa: Perhaps you can share some examples of books that have done especially well and why you think they are especially compelling to book buyers? 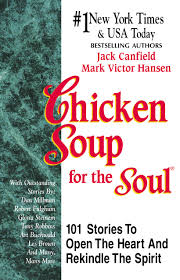 Janet: Chicken Soup for the Soul by Jack Canfield and Mark Victor Hansen struck a chord with its audience because of its true stories about ordinary people’s lives that tugged at the emotions of its readers. The general public related to the motivational essays and inspirational tales relayed in the book, resulting in Chicken Soup for the Soul becoming one of the top ten best sellers in the self -help category. The backstory of the book also serves as an inspiration to would- be authors, as according to Canfield the manuscript was rejected by 140 publishers.

My Beloved World a Memoir by Sonia Sotomayor the first Latin American Supreme Court Judge, shows that the American Dream can still be achieved and that growing up poor is not an obstacle to achieving your goals. It is inspiring and motivational showing how Sotomayor overcame obstacles that would stop most people from achieving their goals. The book contains all the components that make a memoir a best seller. Aside from her celebrity status as a Supreme Court Judge, hers is a dramatic story, relating how an ordinary woman succeeded despite the odds and compelling the reader to want to know what happens next. Readers immediately propelled the book onto the best seller lists, outselling books by several other Supreme Court Justices.

Stieg Larsson’s The Girl with the Dragon Tattoo received a mediocre review from the NY Times yet became a best seller. Despite the Times not being impressed with the character development, I believe readers found the characters interesting, the plot intricate and the subject matter compelling.  These are three key components of a successful book. Readers waited for the next book to see how Larsson further developed his characters, the storyline and what surprises were in store for them.

Lisa: Any advice on how to hire a publicist–how to find the best match?

Lisa: Any do it yourself tips for an author about to embark on book publicity who does not have the budget to hire a book publicist?

Janet: The most important step in handling your own PR is to determine the angles that you will use to attract media attention. There are usually several ideas that can be generated to create a buzz about the book and the author.

Lisa: Any parting words or tips?

If you are an author without a platform about to write a book, start building one.
Powered By the Tweet This Plugin

Note: This writer cares about typos. If you find one, click here to be part of the EditMob–it’s anonymous.

5 Responses to Book Publicity Inside Tips: An Interview with Publicist Janet Appel